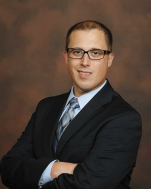 I’m an Assistant Professor with the Department of Political Science at the University of Alabama, and  I received my Ph.D. in Political Science from Arizona State University (2013). My current research interests include religion and politics, collective action and cooperation, Latin American politics, ethnicity and inter-state violence, and agent-based modeling.

I am the author of Divined Intervention: Religious Institutions and Collective Action (University of Michigan Press) and coauthor to Generating Generosity: Beliefs, Institutions and Public Goods Provision in Catholicism and Islam (Cambridge University Press). I have further published in the American Journal of Political Science, Comparative Politics, Politics and Religion, Nations and Nationalism, and other outlets. My work has been made possible with support from funding agencies such as the Global Religion Research Initiative at the University of Notre Dame and the National Science Foundation.